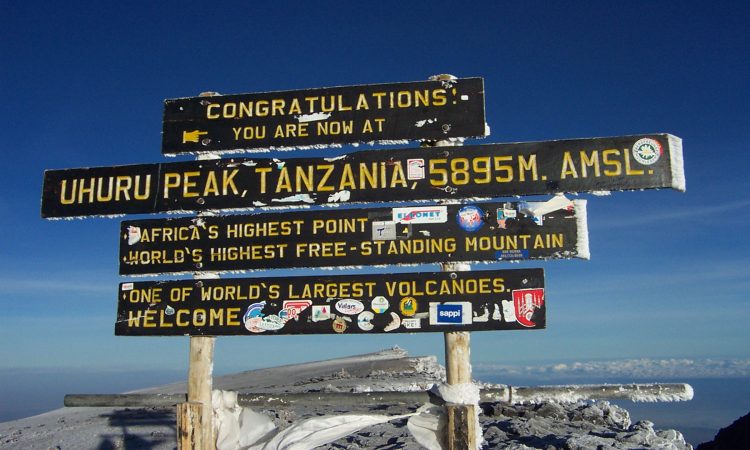 Uhuru Peak: Kilimanjaro is Africa’s tallest mountain with Uhuru peak being its highest point. This mountain is located in Tanzania at it stands at 19,335 feet tall. It is snowcapped and it is a dormant volcano that last erupted in the first 10 years of the 20th century. The Kilimanjaro has three major cones: Kibo (5 895m); Mawenzi (5 149m); and Shira (3 962m).

The Kibo cone which is also the Uhuru peak is the height point in Africa and it is this point the every hiker would yearn to reach and have memories. Photographs here are some of the victory signs here. It stands at 5,895 meters. 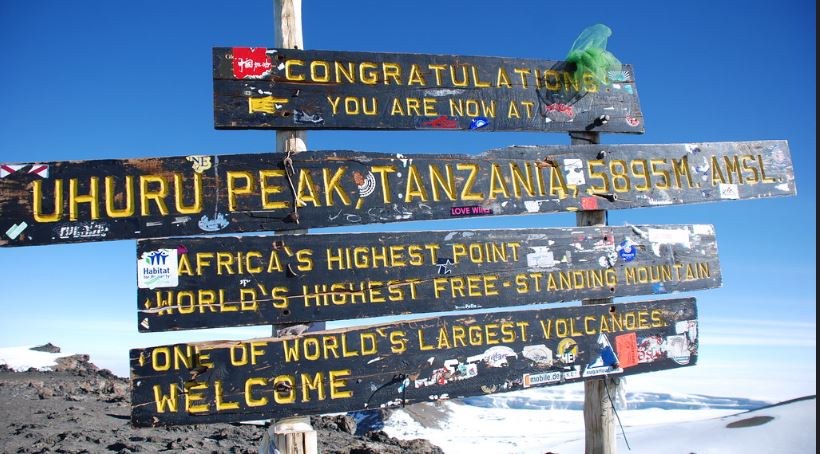 At this point which is the highest in the continent, the best think is just taking a look at the views there is, the snow that covers the area and lots more. The biggest satisfaction though is the fact that you are standing at the top and have managed to reach the summit, there are about 50% of the hikers that never make it here.

As you hike to the top of this peak, you will be gifted with five different climate zones and chances in terrain is also something you will enjoy.

The last major eruption on this mountain occurred about 150,000 years ago and this makes it a safe place to be. You will not expect an eruption to occur un announced there are studies being done here and so the monitoring is tight. Although dormant, the Kibo cone features fumaroles which emit gas in the crater.

You have a number of routes to choose from as you hike the Kilimanjaro. These routes vary in degree of difficulty, traffic and scenic beauty, with the least difficult being the Marangu and Rongai route and the most difficult, the Machame, Shira and Lemosho routes